"Showing Their Scales" and "The Hockey Farmer"

We are pleased to introduce the works of local B.C. authors KP Wee and Farhan Devji to you:

"Showing Their Scales" contains three tales of lies, lust, and deception. These are short novels which deal with betrayal and revenge, with three main male characters and how they end up hurting the women in their lives.
**Catch an episode of BlogTalkRadio here with KP's interview on his books, recorded Dec 29, 2008.**

"The Hockey Farmer" is a story about Logan Watt, who hails from Cochrane, Alberta, and has to decide whether to rehabilitate the legendary family farm or pursue an unlikely career in professional hockey. The story also shifts to Vancouver and contains numerous Vancouver Canucks references.

Help support a pair of B.C. authors by picking up your own copies today!
-- "The Hockey Farmer" can be purchased here,
while "Showing Their Scales" can be bought here. --

The Hockey Farmer / Showing Their Scales 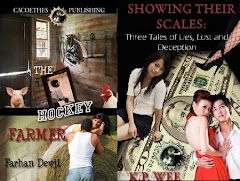 The following links are listed here as a reference for myself in my extensive research on sports history.

3) Knuckleballs and knuckleballers - the best in history

5) Juan Guzman and his sliders

8) The dangers of signing Roy Halladay

9) A directory of Canadian libraries 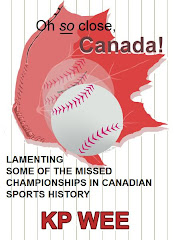 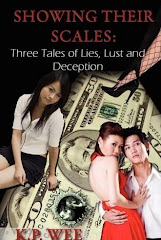 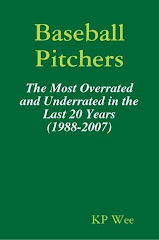 No Runs, No Wins, No Glory 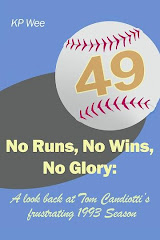 CRCPAN
KP Wee, a teacher and market researcher, lives in the Pacific Northwest. An avid sports fan, Wee has also self-published three sports titles: 1991--The Red Sox, Baseball, and Hockey Memories, Baseball Pitchers--The Most Overrated and Underrated in the Last 20 Years (1988-2007), and Bad Managers’ Decisions--Why the Longest Drought in Boston’s History Happened (1986-2003). Wee enjoys writing tremendously, and doesn’t restrict tapping his fingers on the keyboard exclusively on fiction or sports subjects. “Writing is a passion; I love to write and give my two cents on every topic out there, even if it’s controversial and unconventional.” Wee is single and relishes his busy and active lifestyle.